The roots of The Flying Caravan

The idea of The Flying Caravan arose in Antonio Valiente´s mind, a musician from Alicante, born in 1970. Antonio began playing the guitar at age 13 having Mark Knopfler as his main musical influence and using fingerpicking as his preferred style.
Since he was 18, he has learned technique and modern harmony with different teachers.

With his first band, Yeomen, he performed live for the first time in 1991 and became influenced by the progressive rock played by groups like Camel, Jethro Tull, Kansas, Pink Floyd, Genesis, Yes and musicians like Andy Latimer, Martin Barre, David Gilmour or Bill Nelson.

Antonio was one of the founding members of the band Numen in 1992, who he recorded two records with, “Samsara” (1998) and “Numenclature” (2014), and the DVD “Numenclature – Un viaje en progresivo”.

Since 2000, Antonio has been a member in the bands Malatesta Bier Band, Whiskey con Yoda, The Worms and Kamikaze Sound Express, in which he has played a variety of styles.

“A spectacular debut full of classical musical references and developing a vital and optimistic progressive rock, with a highly-skilled performance and conceived from the heart.”

The Mediterranean sound arrives in Altea

From 2000, Antonio has been focusing on the idea of developing his own compositions, and after four years of work Juanjo Sánchez (keyboards – Keeng, The Satellites) joined the project that would finally take shape as The Flying Caravan.

However, it was when Izaga Plata (vocals – Head Over Hell) entered back in 2014 that she and Antonio developed the melodies and lyrics that would make up the album.

The band recorded their first double “I Just Wanna Break Even” at the Facultad de Bellas Artes of the UMH in Altea (Alicante) between May and August 2017 with Daniel Montiel as a recording engineer and Lluís Mas and Antonio Valiente as producers. After several recording sessions and a two-year production period, during which keyboard and percussion arrangements were added, the audio mixing and mastering were carried out at Lluís Mas´ Oriental Desert Studio Audio in 2018.

Influence from bands like Camel, The Flower Kings, Karmakanic, Transatlantic, Be Bop Deluxe and the musicians Roine Stolt, Neal Morse and Jonas Reingold becomes evident in the album as well as the presence of progressive and classical rock music throughout the six themes of the record, thus creating the right atmosphere for the music style of the band.

The album cover was designed by the great illustrator from Alcoy, Mario Domínguez, who has published his work in Wise Blue Studios, TV ON Producciones, Angelgráfico or Keytoon.

– In the Studio: In The Studio With The Flying Caravan – YouTube

– With the Big Help from our Friends: https://www.youtube.com/watch?v=w5R9dsj-zqo&ab_channel=TheFlyingCaravanBand

– At The Barrier (United Kingdom): https://atthebarrier.com/2021/04/02/the-flying-caravan-i-just-wanna-break-even-album-review/

“We are before one of the most interesting records of the last decades, where the personality of each of the themes, composed and performed with exquisite sensibility, captures us all along their notes.”

“This is a wonderful two album search for redemption in difficult times. It is full of wonderful musicianship and helps make The Flying Caravan, one of the best finds of early 2021. What a way to kick off a debut album, with a double. Sit back and enjoy this full-length drama and symphony of overcoming circumstances”

“The final composition on CD-1 is the epic, funny titled The Bumpy Road To Knowledge (close to 17 minutes). After the sound of thunder soaring strings and howling guitar take over, simply wonderful.”

“Probably and hopefulle I Just Wanna Break Even is just the beginning of music coming from this Spanish ensemble.” 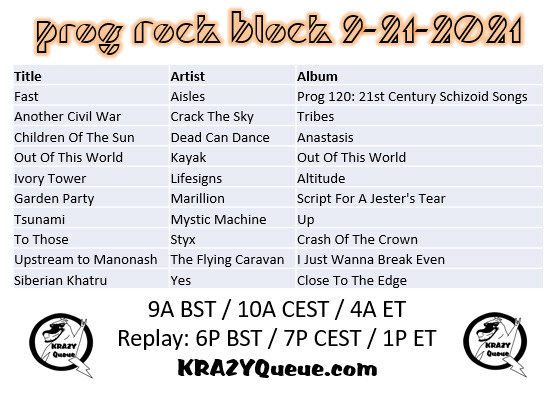